Windows 95 marked a drastic change, bringing over 32-bit app compatibility, Plug'n'Play, longer filenames, and a much more familiar UI to home users. However, the journey to get there is fascinating. 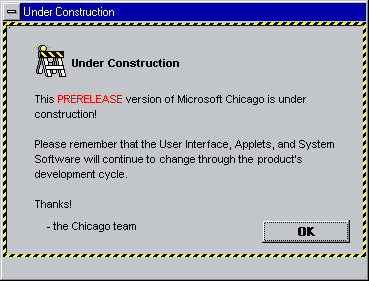 When beginning the OS, this message appears. 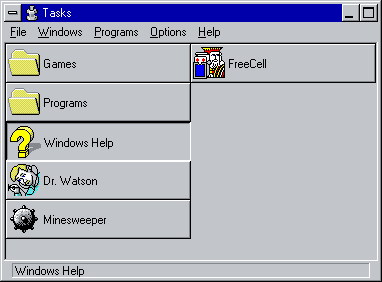 Task Manager, simply called tasks, not only shows running processes, but also doubles as a way to navigate directories at this point. When more than a few programs are opened, a new column is created. 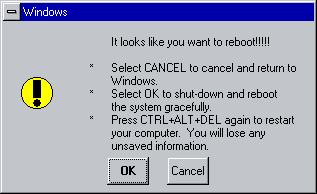 The reboot screen for this build. 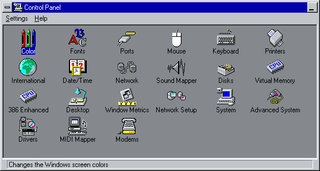 The Control Panel, largely containing things borrowed over from Windows 3.1. 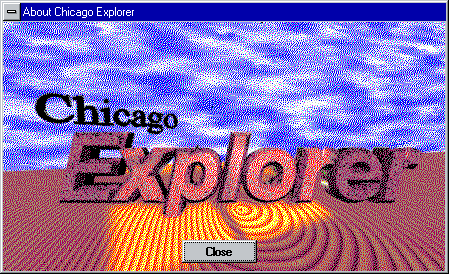 The File Cabinet's about screen, where it already uses the Explorer name.

Shutdown prompt, which is in a window in this build. 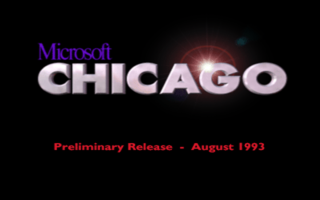 Bootup screen, which would be the basis for the boot-up screen until Build 189. Windows logos flash into place. 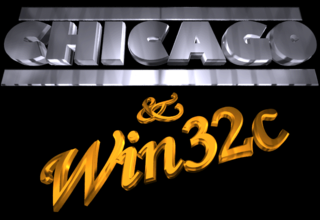 A unique wallpaper. A variation of this would be included until Beta 2. 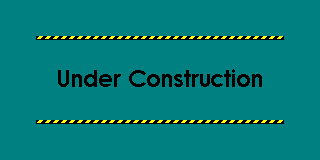 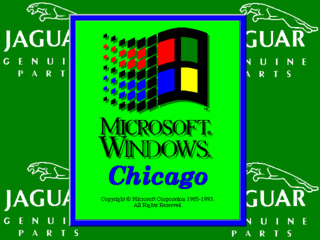 Present inside SYSLOGO.RLE is an even older boot-up screen reminiscent of Windows 3.1. Note that the Jaguar Genuine Parts background is part of the image. 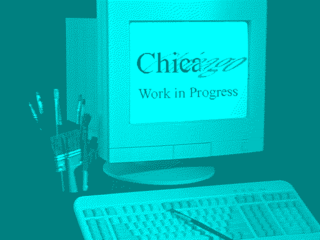 A new wallpaper, called CONSTRCT.bmp. The keyboard in the image is a Gateway AnyKey with the Gateway logo removed.

A new WIP warning message included in this build. 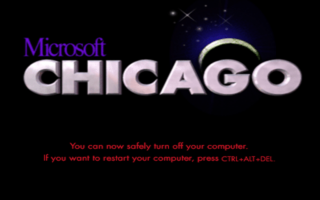 Shutdown screen, which was used until Beta 2.

This build contains the following files:

Some perspective gets added to the "My Computer" icon and it's no longer on a blue screen.

The Network icon returns to the desktop, with a new icon. Instead of being a globe, it's now a computer with a window behind it. Also, it's now called "Network Neighborhood" like the final version.

From this build onward, all of the installation files are now in Cabinet files. 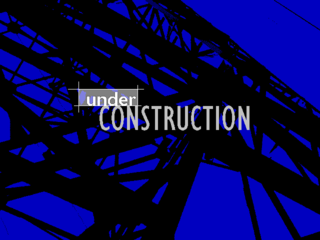 A new wallpaper is added.

More detail is added to the Network Neighborhood icon and the computer is now pixeled in 3/4 view. 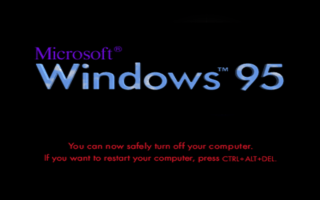 The Windows 95 boot-up and shutdown screens are far from final, bearing a greater resemblance to earlier prototypes. 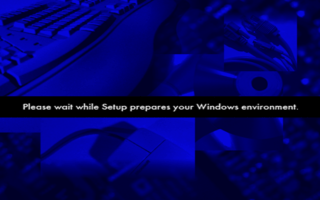 The setup screen is largely similar, but the message is centered and has a different font.

The "My Computer" icon finally gets rendered in 3/4 view.

Another computer in 3/4 view and a link between the two computers is added in place of a window, likely because the "window" metaphor might have been lost in non-Indo European languages.

The Briefcase returns, using its final art and losing its metallic looks.

The Netwatch icon is completely redrawn.

Present only in this build is a flag waving animation.

A few clicking sounds, exclusive to this build.

The Microsoft Network link now has the logo that would be used in the final version's icon.

The Backup Agent icon now has a proper icon.

The Media Viewer icon also now has a proper icon.

In this build, the cursor can come in five different colors; white, green, magenta, red, and yellow.

The MSN icon now has a globe underneath it, plus a square around it.