If you haven't heard of YouTube, it's very likely you're either from a country that bans the world's biggest video sharing site or you're living outside of a planet in the Milky Way Galaxy named Earth.

Enter the following string into the web console:

This will show a debug button on the bottom-right of the page, which has a non-functioning logging option and an option to hide the button again.

Modernized 5-star graphics are still apparent, in case they ever want to switch back to the old rating system.

There's also 1, 2 and 3s in circles, probably for organization.

In the smart TV version of YouTube, this animation of a Corgi will play if the user waits for a long period of time in the video controls. For some reason, it was also found inside the TV subsite prior to a redesign in 2020. 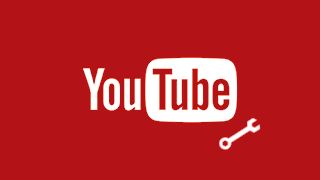 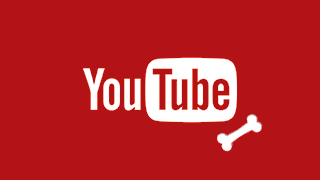 The Android TV version contains banners and icons for the developer version, one with a wrench and another with a dogbone in it. The dogbone and the filename it's under (launcher_banner_dogfood) allude to the phrase "Eating your own dog food", which refers to one using their own product. In this case, the developers of the app using their own product.

A small fictional story of sorts can be found here.

This small notice can be found inside.